Firebase Storage exposes quite a bit of functionality to the public, so you'll need to write some security rules.

Let's break these rules down line-by-line.

match /b/{bucket}/o - defines the bucket; the {bucket} clause indicates that these rules apply to all Cloud Storage buckets on the project

Match blocks are identical to those of Firestore.

Of course, instead of matching collections and documents, you're matching folders and storage objects. But that's the only difference.

Let's write a match block for a folder structure like this: /user/{userId}/path/to/file.txt

And, like Firestore, match blocks can be nested... if you need it.

Firebase Storage security rules tend to be a bit simpler than Firestore's.

Firebase Storage supports read and write. That's it. This is a break from Cloud Firestore which supports other sub-types. In this case you're either reading or writing.

Wildcards work just like those in Firestore. You can place them at will and override them as needed. You'll also want to be careful to use the {someWildcard=**} syntax when you want your rules to cascade; otherwise, they won't apply to nested folders.

The following example secures a dropbox-style pattern where users can upload to an uploads folder at /user/uploads/{userId}/uploaded-file.jpg but can only read from /user/thumbnails/{userId}/thumbnail.jpg.

Rule conditions also have access to a resource object. In Firestore this object refers to the pre-write state of the document, but in Firebase Storage this is the object being uploaded, downloaded, modified or deleted.

Here's a sample resource object that you may find handy:

It's been said before and we'll say it again. Read the docs. 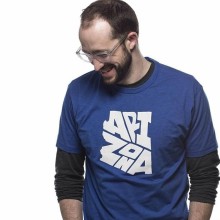